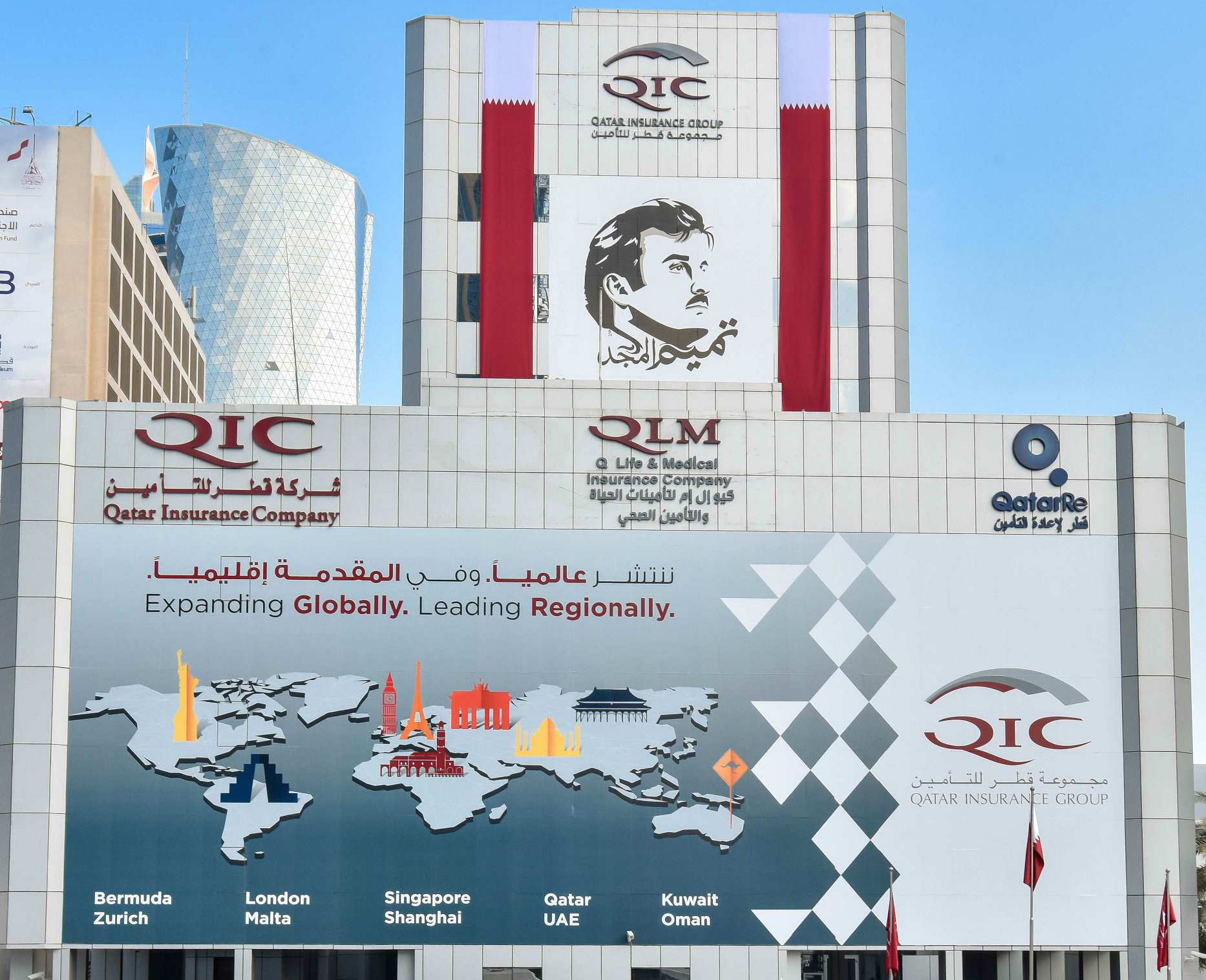 Qatar Insurance Group, the leading insurer in Qatar and the Middle East North African (MENA) region yesterday announced its financial results for 2018. Following a meeting of the Board of Directors, which was presided over by Sheikh Khalid bin Mohammed bin Ali Al-Thani, Chairman & Managing Director, the Board approved the financial results.

Despite an adverse backdrop, QIC Group, being a diversified insurance Group with international presence, in 2018 recorded Gross Written Premiums (GWP) of QAR 12.6 billion, an increase of 8% compared to 2017. Weathering heightened global market volatility and tightening monetary policy conditions, QIC’s investment and other income amounted to QAR 863 million in 2018, which demonstrates the Group’s substantial capacity to successfully deal with crisis. This resulted in a notable increase in the net profits which amounted to QAR 664 million, an increase of 57% compared to the last year.

The Group’s net underwriting income steeply increased to QAR 576 million against QAR 115 million in 2017, the third quarter of which saw a devastating series of major hurricanes (Harvey, Irma, Maria). QIC diligently applied its recently adopted strengthened reserving governance and philosophy, resulting in a more cautious view of ultimate loss projections and making it less vulnerable to market fluctuations. The Group continues to expand the low volatility business which represents a considerable portion of its total portfolio.

Qatar Insurance Group’s acquisition of Markerstudy Group’s Gibraltar-based insurance companies by its subsidiary Qatar Re is another milestone in QIC’s shift towards low volatility business and on its journey towards becoming a Global Top 50 Insurance Group.

Commenting on the Group’s results, Mr. Khalifa Abdulla Turki Al Subaey, Group President & CEO remarked: “The results reflect the high level flexibility and demonstrates the sturdy solvency of the Group despite the extreme pressures in the market. The Group has proved its leading and influencing position in the MENA region while continuing its march towards strengthening its position in the global markets and achieving the best operational efficiency.”

Al Subaey noted: “The Group contributes about QAR 10 billion annually in the Qatari economy as few companies do so. Qatar Insurance Group has a significant role in maintaining the stability and support of the Qatari economy, and directly contributes to reinforce the efficiency of this economy through its operations. When talking about its business, we should state its local and international business since the Group has affirmed, over more than 50 years, its efficiency and demonstrated its financial strength”

He added: “We will continue to promote and reach our target that QIC becomes one of the major fifty insurance companies in the world. In this context, we will strive to achieve the sustainable growth and profits through our excellence in insurance and investment sector in addition to controlling costs and reducing administrative expenses.”

One of Qatar Insurance Group’s most notable successes in 2018 is that Qatar-Re has been ranked 27th amongst the global top 50 reinsurers, up from rank no. 35 in 2016, according to international credit rating agency A.M. Best. This reflects the strength of the company’s capital and the diversity of its portfolio serving the global reinsurance markets, as the total gross written premiums of Qatar-Re in 2017 was QAR 5.9 billion. Qatar-Re shareholders’ total equity as of December 31, 2018 stood at QAR 4 billion.

For the global insurance industry, 2018 was a challenging year. Insurers and reinsurers had to digest catastrophe losses of close to USD 80 billion. Further challenges beyond control were the vagaries of global re/insurance loss and pricing cycles, geopolitical situation in the Middle East, intensification of political volatility, the negative effects on the investment environment, and the decline in international trade and the volatility of commodity prices (including oil and gas).

The Group President & CEO noted that the primary objective of the Group is to enhance return on the stock and to contribute effectively to the growth of the Qatari economy along with ensuring that the company’s growth continues at a steady pace and complies with Qatar National Vision 2030 under the wise leadership of the Emir of Qatar – Sheikh Tamim bin Hamad Al Thani – may Allah protect him.